This is what the French company Novair Industries proposes with its Nitroswing Foodpack and Oxyswing generators. The first one combines a nitrogen generator fed with dry air by a compressor and a specific gas mixer allowing to customize the gas mixtures according to the applications.

The nitrogen generator guarantees real-time control of the purity of the gas, food grade, and the mixer, fed with oxygen or carbon dioxide, ensures adjustments for constant proportions. As for the Oxyswing, it produces 95% pure oxygen and delivers it in a continuous flow. "This gas generator system is very present in healthcare establishments," explains Valérie Bokobza, Novair's marketing director. It is gaining recognition in the industry, a sector that we have been prospecting for only ten years. The manufactured mixtures are directly injected into the network.

The Nitroswing Foodpack generator of the French Novair works according to the PSA process (Separation by Alternating Pressurization). This device is composed of two tanks, filled with molecular sieves, which are put under alternating pressure causing the separation of the different gases present (nitrogen, oxygen, argon).

The size of the facilities therefore varies according to their capacity.

"With two columns, we reach a flow of 5 m3 of nitrogen per hour", we illustrate at Novair. The capacity can go up to 140 or 150 m3/h for the largest installations.
The two suppliers point out several advantages to produce directly on site. First of all, there is the ecological argument since it avoids transporting gas in tanks or bottles on the roads. "Safety is also increased because there are no more cylinders to handle nor storage of gas in large quantities", we note at Novair.

Finally, the other strong argument concerns the lower costs compared to a traditional gas delivery system. "We can save up to 60%. Not to mention that the bill does not fluctuate according to the evolution of gas prices. The rent, established according to the nature of the installation, is fixed, with no hidden costs," explains Novair. Rental makes the gas generator accessible to all sizes of businesses.

What happens if the installation stops?

What happens if the system shuts down? "The machine has a small buffer stock. And we offer a complementary solution that allows us to fill cylinders on the spot and store them", answers Valérie Bokobza at Novair. 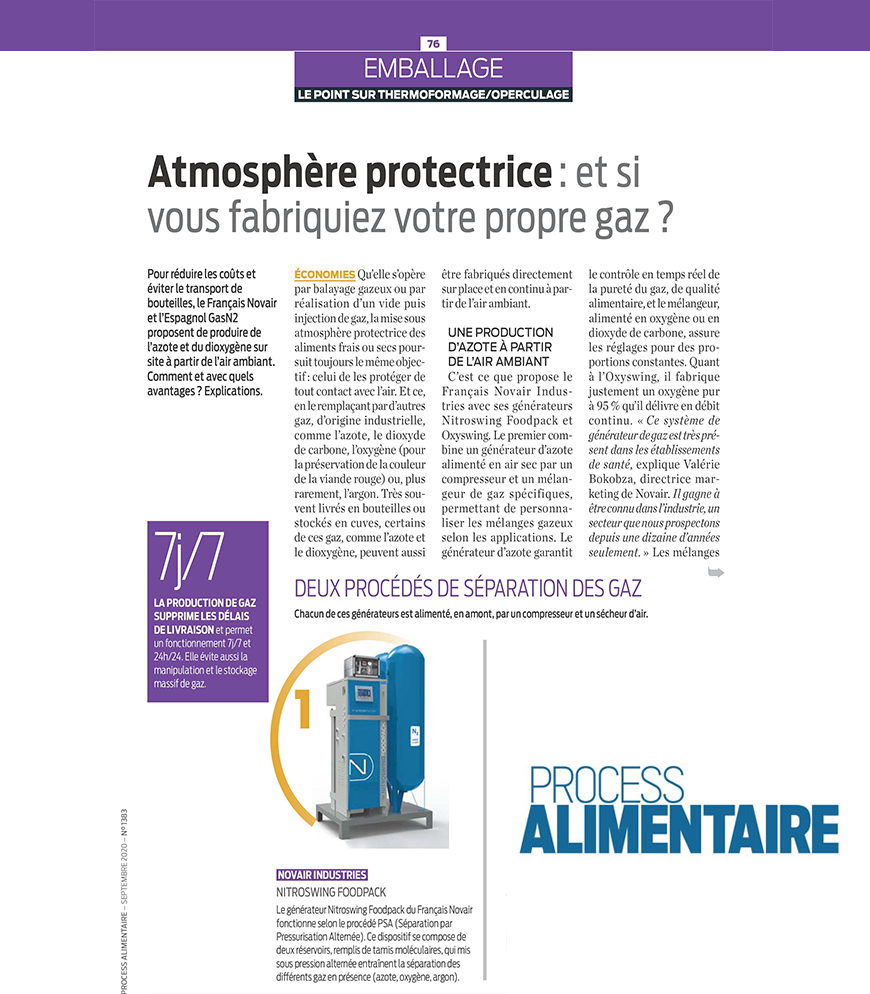 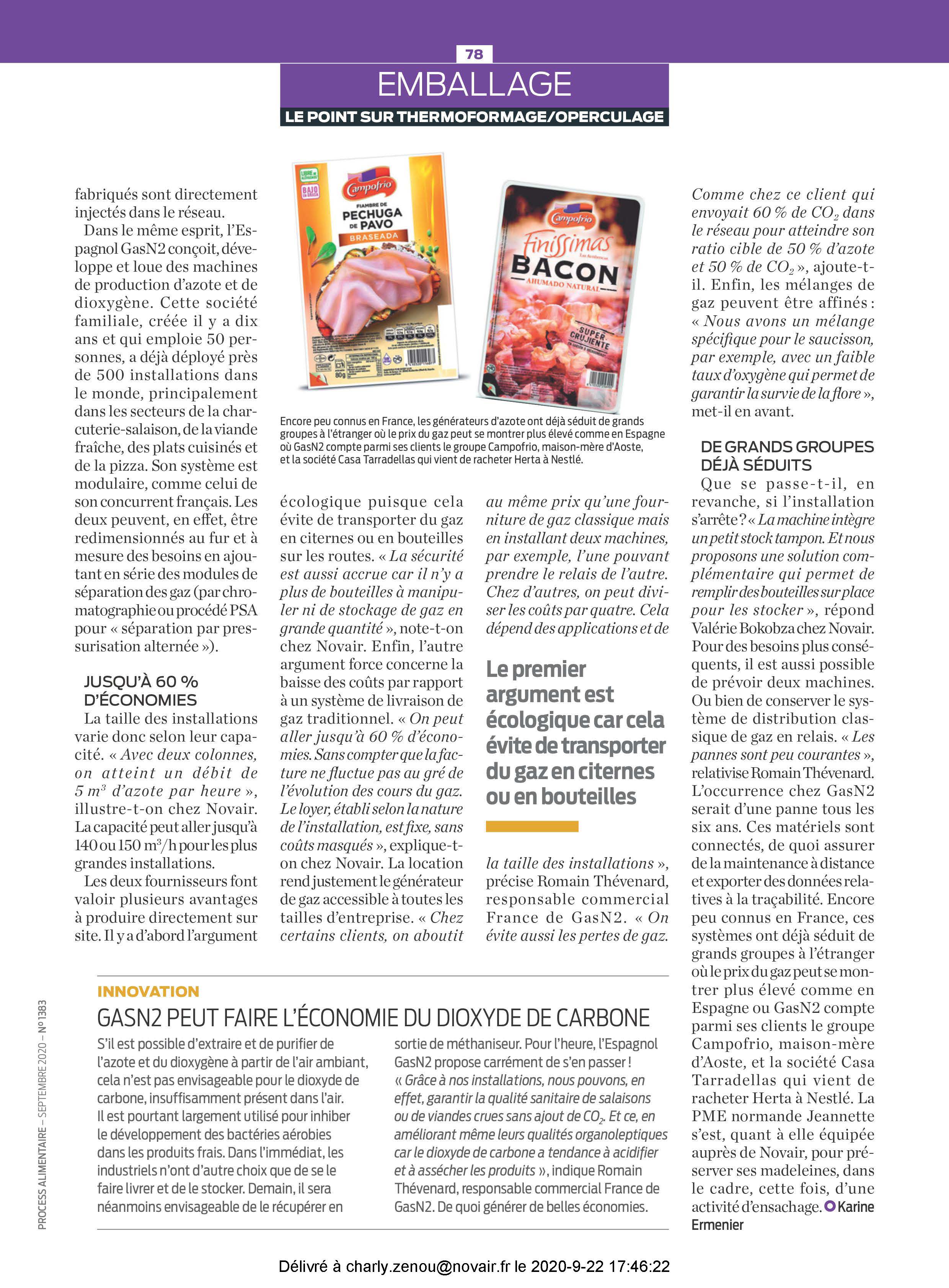 Please fill in this form to download the .PDF file

Thank you, the download link has been sent to your inbox.